Immigration, Climate Change, and Equity- A Unified Response to the Trump Administration

President Trump signed two Executive Orders cracking down on immigration, which effectively build the wall along our Southern border, militarize it with more border agents, allow ICE to access local and state law enforcement records, and increase the rate at which people are detained and deported. Additionally, it is anticipated that he will sign an order soon that “would indefinitely block Syrian refugees from entering the United States and bar all refugees from the rest of the world for at least 120 days”. He is rapidly making good on his campaign promises.

As the Trump administration works to bar refugees and immigrants from the US, they simultaneously perpetuate a significant driver of present-day and future migration- climate change.

On the campaign trail Trump promised to pull the US out of the Paris agreement, re-invigorate the coal industry, and no longer fall prey to what he deems “the Chinese hoax that is climate change”. On Tuesday he took the first steps to fulfilling those goals by signing an order to advance the Keystone and Dakota Access Pipelines. The United States is the second largest contributor of greenhouse gases, and yet, under the Trump administration the US will not acknowledge, let alone address the dire ramifications of an America First Energy Plan. 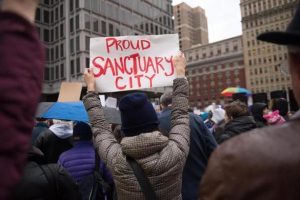 Given these incredible threats to the current and future health of the planet and all people, it is more important now than ever to break out of our silos and recognize the cross cutting nature of immigration, climate change, health, and equity. Written by Public Health Awakened and shared online by Human Impact Partners of Oakland, CA a Short Guide to Protecting Undocumented Residents and Their Families for the Benefit of Public Health and All Society, provides actionable steps to protect the health, dignity, and rights of all. The Guide outlines action items for public health professionals to safeguard the right to health, equitable access to services, and the integrity of sanctuary cities.

People and communities migrate for diverse and complicated reasons; however there tends to be a common thread throughout all of these – people move because they can no longer safely stay. Whether it is due to civil war, religious persecution, or failed crops- people move because they have to. As the impacts of climate change become more frequent and severe due to drought, flooding, and extreme weather and temperatures, crops and animals die, water sources dry up, and economies and communities wither. 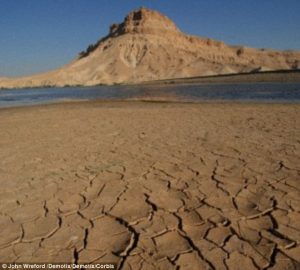 A study by Proceedings of the National Academy of Sciences, featured in an article by Scientific American claims that “drought in Syria, exacerbated to record levels by global warming, pushed social unrest in that nation across a line into an open uprising in 2011.” Severe drought, crop failure, and destruction of livelihoods forced rural farmers into urban centers, which quickly became overcrowded and under resourced. Six years later, Syria is still in the midst of a horrific civil war, and there are nearly 5 million registered Syrian refugees, most of who are in neighboring countries. The US has resettled 14,333 Syrian refugees while Turkey is hosting 2,814,631, and under Trump, the US number will only stagnate regardless of our moral responsibility to do more.

Despite the geographic distance, Mexico and Central America face similar challenges to Syria, particularly those associated with climate impacts and protracted violence.

In June 2016, United Nations urged immediate action from the international community to “build resilience, food security, and restore livelihoods damaged by drought and other extreme weather effects” in the Dry Corridor of Central America- Guatemala, Honduras, and El Salvador, in which 3.5 million people are food insecure. Perpetual food insecurity is yet another example of an unsafe situation that forces families and communities to uproot and move. Thus the pattern of migration from rural areas dependent on subsistence farming to overpopulated urban areas persists, often forcing young people and families to migrate northward. Severe drought, exacerbated by climate change, coupled with violence and economic hardship is pushing people from their homes and communities. The United States has an opportunity to support and benefit from the resilience of tens of thousands of people.

While it is challenging to parse out the exact reasons why a family or a community chooses to leave their home, it is irresponsible to ignore the influence of climate change. The impacts of climate change underscore the fact that we are all united on a global scale, and therefore must welcome refugees and immigrants who have been forced to leave their homes, and support immigrants who are already living within our borders and contributing to our diverse and vibrant society.

As health professionals, scientists and conscientious citizens, we must demand that our government take action on climate change and support those who are victims of war, persecution, and climate disaster. If our representatives refuse to listen, we can still resist and progress. 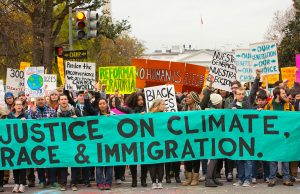