Home / Blog / September is National Preparedness Month! But How Can We Prepare for Climate Change Together?

September is National Preparedness Month! But How Can We Prepare for Climate Change Together?

Every September emergency preparedness organizations from FEMA to your local Fire Department make a point of trying to draw public attention to the need to “Get Ready” for everything from hurricanes, floods, wildfires, earthquakes, heat waves, power outages and human caused disasters like terrorist attacks. September is National Preparedness Month. Ready.gov, the lead federal disaster preparedness program in the Homeland Security Department (and FEMA), developed a Preparedness Toolkit with sample messages and related resources. This year there is a new preparedness message from CDC for the Zika virus. 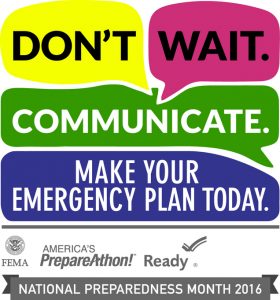 This is the time of year when disaster preparedness organizations put out messages to families, schools, businesses, community, hospitals and more, to Get Ready for emergencies.  We should have an emergency plan. We are asked to replenish our emergency kits, store water and check flashlight batteries or back up generators, and get whole communities to pay attention to disaster prep. The Red Cross even has a game for families to play to get everyone more prepared for disasters and emergencies. But the world of disaster preparedness is changing rapidly as the effects of climate change become more pronounced. It is no longer enough to look at historical events and data as a predictor of the conditions and stresses our communities must prepare for.

Where does climate change fit in our preparedness planning?

Climate change is an increasingly prominent force in driving extreme weather events around the world and across the US.  It is changing the frequency, severity and sometimes duration of extreme weather events. Therefore, effective risk management in the Anthropocene period requires a decidedly new approach to planning for disasters and the concept of being “prepared”.

Take floods as an example. In traditional flood planning, preparing for a 100-year flood (a flood that would be likely to occur just once in 100 years) would be considered adequate. But just since 2015, there have been five 1,000-year flood events in the U.S. (South Carolina, West Virginia, Maryland, Texas and Louisiana).  Recent flooding in Baton Rouge, Louisiana resulted from a 1,000-year rain event delivered over 48 hours – that is considerably outside the range of floods that current preparedness plans address.  13 people died and up to 100,000 homes were damaged. A month after the historic rainstorm, hundreds are still in shelters, mainly low income families who cannot afford alternative housing. 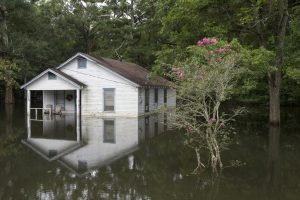 Communities are not prepared for this level of event.  Both Hurricane Katrina and Superstorm Sandy, forced the closure of major hospitals – in some cases for months, and required huge investments to flood-proof hospitals by moving critical infrastructure out of flooding risk in their basements.   When a 1,000-year flood hit Fort Collins, Colorado, several years ago, Lucinda Smith, the city’s Environmental Services Director, said, “we were not prepared for a flood of biblical proportions”.  But today’s flooding is not a biblical natural disaster. It is likely the result of climate change due to our use of fossil fuels. Ms. Smith now believes their city must include climate change in all decisions they make.

In 2015, FEMA adopted new rules for state, tribal and local disaster preparedness plans (called Hazard Mitigation Plans). For the first time, after March, 2016, entities are required to incorporate “future and changing risks” (aka climate change impacts) into these plans. This is important because having a FEMA approved hazard mitigation plan is a condition for receiving certain kinds of federal non-emergency disaster assistance and funding.

One of the challenges facing state and local governments is how to identify the best climate impact data to use in their risk assessments. What kinds of risks does a particular region face and when are these likely to occur as the climate keeps changing? Climate impacts are estimated from climate models that allow scientists to project changing conditions over long time horizons like decades, and there can be a fair amount of uncertainty in this information. Some climate impact data may not available for local areas. FEMA works with other federal agencies to make national climate data available to various stakeholders, including disaster planners. However, critical data bases like FEMA’s National Flood Maps used to assess geospatial and temporal flood risks, have not been updated to incorporate climate risks.  In fact, according to the GAO, the National Flood Insurance Program (NFIB) does not adequately assess the growing flood risks and costs associated with climate change. This is an escalating problem because the NFIP currently owes $20 billion to the US treasury from costs associated with growing flood damage.

The latest National Climate Assessment, provides climate impact data for 8 regions of the country, plus sections on coastal and ocean areas. Several federal agencies provide specialized climate projects and impact data like NOAA/National Weather Service and the Dept. of Agriculture.  In addition to national efforts to assess climate change risks and make these data available, many universities and research institutes are working with state and local governments to model climate impacts by state, region or city. For example, the state of California works closely with Scripps Institute (UC San Diego) on extensive climate modeling and with UC Berkeley to create climate impact maps that can be used by government and private sector planners. This planning will need to be an iterative process, as new data and understanding of risks evolves and as mitigation plans are updated every five years.

A critical part of hazard mitigation planning is to identify vulnerability to risks in a certain area. This includes risks to infrastructure, government and business operations, but also to populations who are at higher risk of negative impacts. Many of these populations are low-income and/or communities of color who already experience inequities in access to insurance, housing and resources with which to prepare for disasters. Climate change is adding to the burden faced by disadvantaged communities as they face both sudden and slow moving disasters. For example, drought may develop slowly over years, but is no less a disaster for the communities impacted by the lack of safe water for drinking, cooking, sanitation, growing food and animals, dust storms, and disruption of normal activities.

Preparedness is best when it is a community-wide endeavor, involving elected officials, civic leaders, schools, hospitals, non-profits, businesses and community members in the planning process. A long time leader in community-based preparedness, Anna Marie Jones, former Exec Director of CARD, tells why this approach is needed:

There is no way government agencies alone can address the ever-changing needs of our diverse communities. All players should accept our inter-dependence. Emergency managers must actively welcome, incorporate and engage diverse partners in all aspects of preparedness planning…Fear and threat-based messages don’t work and preparedness is not only about DISASTERS. It is about being ready to mobilize community assets to accomplish goals, quickly and effectively, whether those goals are related to a disaster, or about building a healthy and more equitable community.

As climate change becomes a more prominent and ongoing part of our preparedness and resilience planning, there is a growing need for community education about climate change.  All segments of our society need to know about the increasing risks of a changing climate, and to know what they can do to help prevent, prepare and respond to these changes. 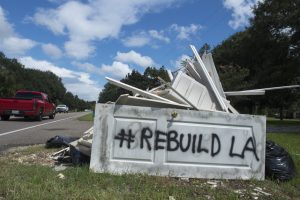 This is especially true for communities and neighborhoods that have too often been overlooked or not consulted due to language, mobility, lack of knowledge, immigrant status and poverty.  Let’s learn about our changing climate together and make sure the solutions we build represent the aspirations and needs of all groups. These are some of the challenges and opportunities of incorporating climate change into preparedness efforts at the national, state, municipal or neighborhood level. Whether included in hazard mitigation plans, climate adaptation plans or some other effort, climate change is now part of our preparedness landscape.

Disasters have become more frequent and severe as our climate changes; both urban and rural areas are already feeling the devastating consequences, including severe droughts and higher sea levels, intense storms and wildfires, and more powerful hurricanes and heat waves. Climate change poses an imminent and lasting threat to our safety and national security, and it is critical that we invest in our infrastructure and integrate the preparedness efforts of our communities to improve our ability to respond to and recover from the effects of our changing climate and extreme weather events.….I encourage all Americans to recognize the importance of preparedness and work together to enhance our resilience and readiness.

Resources to accompany this blog: