Stories From the Field

Local health departments are increasingly stepping up to address climate change, each in their own way. Local health departments (LHDs) have a critical role to play in addressing climate change. LHDs are mandated to protect and promote the health of residents in their jurisdiction, and provide critical health services and prevention programs especially to the most vulnerable and in under-resourced communities. LHDs also have working relationships with the many other government agencies who shape living conditions that interact with climate change to impact health. And, LHDs are trusted sources of health information for the public and for policymakers, and thus in a good position to increase awareness about climate impacts on health, and to advocate for climate solutions that improve health and health equity. We hope this forthcoming series of stories from the field will inspire LHDs to integrate climate change into their on-going work to promote health and equity.

Philadelphia is one of the ten U.S. cities likely to be most affected by climate change due to its vulnerability to flooding, extreme heat, and increases in extreme weather events. The city released its first Local Action Plan for Climate Change, in 2007, and city leaders have been outspoken on the urgent need for climate action. Former Mayor Michael Nutter sat on the Presidential Task Force for Climate 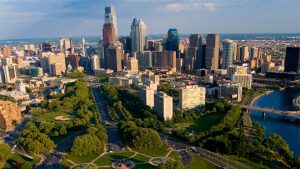 Preparedness and Resilience and, in 2014, was one of three big-city mayors to form the Mayors National Climate Action Agenda and commit to increased climate action at the city-level At that time, however, health impacts were not a central focus of climate change planning. More recently, Mayor Jim Kenney joined 70 other mayors in an open letter to then President-elect Trump, describing climate impacts as a “clear and present danger”.

The Asthma and Allergy Foundation of America identified Philadelphia as the third “asthma capital” in the United States. Philadelphia has a high rate of ER visits due to asthma-associated symptoms. The asthma burden is most severe – as in other communities – for low-income communities and people of color. 42% of Philadelphia residents are African American, and the rate of asthma in Pennsylvania’s black children is more than twice that of white children. 27% of people in Philadelphia live below the poverty line. Concerned about a worsening of asthma as warming temperatures lead to increased ozone levels and more pollen, the Philadelphia Department of Public Health (PDPH) Public Health Preparedness Program joined the climate and health learning collaborative. 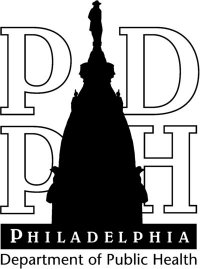 The initial goal of PDPH was to reduce emergency room visits for asthma in the face of a changing climate. Preparedness manager Jessica Caum and her team reached out to a wide array of community partners, including Asociación Puertoriqueños en Marcha, Philadelphia Corporation for Aging, Mom’s Clean Air Force, and the Clean Air Council, among others. They also reached out to the many city agencies, including the Office of Sustainability, already engaged in work on climate change, and became aware of a variety of climate-related initiatives that could have important health co-benefits. Over the past 18 months, the project goals have expanded significantly, as it became clear that there is a very high level of interest in the impacts of climate change on health and a big need for a more coordinated approach to climate adaptation.

PDPH has now broadened the project’s scope to:

Jessica Caum, the PDPH project coordinator, sees it as “a very positive sign that organizations that have been working on climate change for much longer that PDPH are now coming to us looking to partner on projects and asking us to present on the health impacts. One year ago, we had no footprint and now we are viewed as a leader on climate change and health in Philadelphia.”

PDPH outreach has really paid off. Partners at the Franklin Institute are making available an innovative “Ready Row Home” kit that allows people to see how different interventions can reduce the temperature in Philadelphia’s row homes, mostly found in neighborhoods with high urban heat island risks. 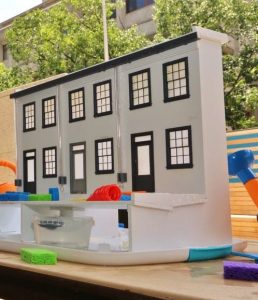 Asociación Puertoriqueños en Marcha (APM) is supporting the distribution of educational materials; and PDPH supported community workshops during Summer 2016 that were led by Drexel University, the Energy Coordinating Agency, and the National Nurse-led Care Consortium. PDPH hopes to support a continuation of this initiative in Summer 2017 that focuses on extreme heat planning for seniors. PDPH is also engaged in collaborative partnerships with the Asthma Care Clinic at St. Christopher’s Hospital for Children, Drexel University Dornsife School of Public Health, the Delaware Valley Regional Planning Commission, and the Pennsylvania Horticultural Society, among numerous others.

Philadelphia DPH has expertly demonstrated that even with limited resources, dedicated staff and conscientious outreach can vastly increase the internal and external capacity to prepare for and address the health impacts of climate change.