President Trump’s Executive Order on “Energy Independence” threatens the health of all Americans by undermining efforts to defend our communities, our country, and our planet from the devastating impacts of climate change – the greatest health threat of the 21st century. We cannot wait to address climate change and its effects on our health. Trump’s Executive Order (EO) thwarts efforts to shift towards clean, renewable energy, favors dirty energy, and puts the health and well-being of Americans last—especially the health of those most vulnerable. 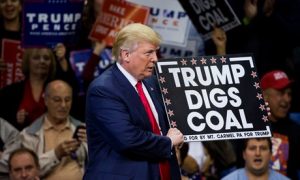 The Executive Order makes a variety of dangerous claims and many detrimental policy changes that can result in significant health impacts.

Puts a major roadblock in the way of implementing the Clean Power Plan. The Clean Power Plan (CPP) presents an opportunity to move towards a healthier, more equitable, and more prosperous society by encouraging the transition to clean renewable energy. The EO calls for a “review,” effectively allowing the Trump administration to scrap the CPP goals and mandates and replace them with policies that favor the coal industry. The health impacts of this change of course are well known: more asthma, cardiovascular disease, and premature deaths due to continued burning of dirty fossil fuels that spew particulate matter, ozone, and mercury into the atmosphere. The EO will have the worst impact on communities of color and low-income communities: African Americans are already hospitalized for asthma at three times the rate of whites, and 78% of African Americans live within 30 miles of the dirty coal-fired power plants. Rollbacks of carbon regulations will make our most vulnerable pay with their health as the fossil fuel industry profits.

Lifts the moratorium on new coal leases on federal lands and instigates a review of oil and gas regulations to alleviate “undue burden” on oil and gas development. This opens federal land to fossil fuel development, whose production has numerous health impacts in addition to those related to air pollution and asthma, including water contamination. At a time when we should be scaling back these sources, the EO is greasing the wheels for more extraction and use of fossil fuels that have been proven to devastate health. 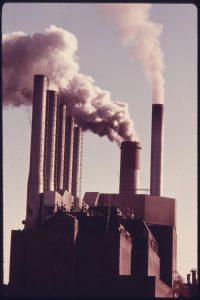 Rescinds the 2016 Presidential Memorandum on Climate Change and National Security. Climate change is widely recognized by national security experts as a threat multiplier. Drought, water shortages, and extreme heat and weather events increase competition and escalate conflict over basic resources, which can create climate refugees who are forced to leave their homes. More extreme weather compromises infrastructure, transportation and health systems at home and abroad. To more effectively address current global challenges and prepare for future disasters and conflicts, climate change must continue to be included in national security discussions. Instead, this EO ignores a major security threat.

The EO also makes a variety of dangerous claims that have important implications for public health. Trump claims he wants the EPA to “focus on clean air and clean water” but his actions put our air and water quality—and therefore our health—at risk. Rolling back regulations on coal-fired power plants increases air pollution and carbon pollution. Trump’s other actions outside of the EO, including calling for the potential weakening of fuel economy standards and ordering the reconsideration of the Water of the United States rule that endangers 60% of U.S. waterways and streams, point to a pattern of rolling back protections on air, water, and climate change born from an eagerness to protect polluting industries. The increased pollution to air and water caused by these actions will result in negative health outcomes such as worsened respiratory and cardiovascular issues due to air pollution. At the same time, these actions will exacerbate climate change and its impacts.

Trump claims that the EO “puts American jobs above addressing climate change.” In fact, Trump’s EO fundamentally undermines job creation, technological advancement, and economic growth by undercutting the clean energy sector, the fastest growing employer in the nation. Reports show that solar employment opportunities are growing 12 times faster than the rest, growing at a steady 6% annually since 2012. Jobs in the fossil fuel sector including oil and gas extraction and coal mining and processing jobs have declined overall in the past 5 years, with very unstable job availability: growth and decline rates range from 9% to -22%. Additionally, researchers at the University of Massachusetts Amherst estimate that investments in renewable energy generate roughly three times more direct and indirect jobs than comparable investments in fossil fuels. 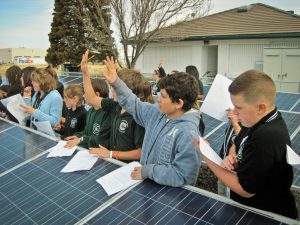 Ultimately, our health and our lives are at stake. The “Energy Independence” Executive Order benefits wealthy polluters at the cost of the health and safety of our communities. Our children, elders, communities of color, and low-income communities will continue to shoulder the worst health burdens caused by our failure to act on climate change. Our grandchildren will surely ask how Trump and his supporters could have put partisan politics and corporate profits above climate action, knowing that climate change threatens the health of our communities and our planet.

Health professionals and organizations around the nation are deeply disturbed by the actions of the Trump Administration and have issued calls for continued action on climate change, including Allergy and Asthma Network, American Academy of Pediatrics, American Lung Association, American Thoracic Society, Children’s Environmental Health Network, Mayors National Climate Action Agenda, Trust for America’s Health, among many others.

Join us at the US Climate and Health Alliance to stay current on the latest climate and health news, events, and opportunities for action.