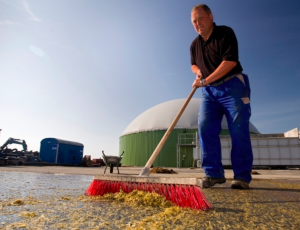 Did you know that extreme heat events (EHEs), or “heat waves,” kill more people in the United States each year than hurricanes, earthquakes, lightening, and floods combined?

Heat waves are periods of abnormally hot weather that can last for a few days to a few weeks. Studies have shown that human-induced climate change has generally increased the probability of heat waves, with the number of heat waves already increasing in recent years. These more frequent and intense EHEs will directly impact populations in the U.S. and abroad, with reports estimating extreme heat may result in thousands to tens of thousands of premature deaths and increase the number of of heat-related illnesses each year.

People are affected by heat-related illnesses when their body’s temperature control system becomes overwhelmed, often going unnoticed. This can occur when cooling mechanisms, such as sweating, aren’t effective enough to cool down the body. In these cases, a person’s body temperature can rise rapidly, resulting in a number of heat-related illnesses or even deaths across a particular population.

Amplifying the effects of heat are individual and community-level characteristics, which can increase the risk from extreme temperatures for certain populations, such as the elderly and very young, persons with certain disabilities, those living in poverty/homeless, and outdoor workers.

For these populations, personal characteristics or conditions, such as cognitive or physical impairments, social isolation, and some prescription medication use, amplify the risk of experiencing health problems during heat waves. Individuals exhibiting these characteristics may be unable to seek adequate care or attention during EHEs, or lack the metabolic ability to cool themselves (e.g. those on certain psychotropic medications).

Furthermore, larger community-level characteristics, such as elevated crime rates or lack of access to air-conditioned locations may act as barriers preventing populations that are capable of trying to escape the heat. Unfortunately, when developing extreme heat strategies, limited attention has been focused on addressing the risk to outdoor working populations. 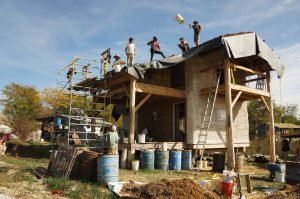 To better understand the risks facing outdoor workers, we interviewed Dr. Michelle Manos, a Senior Consultant in the Director’s Office at the Pima County Health Department in Arizona. “As you might expect, landscapers, construction workers, agricultural workers, border patrol, and outdoor security guards are all at particular risk, depending on what kind of work they do and what kind of supervisor they have. They may or may not have an optimal schedule that permits them to work during the cooler hours,” says Dr. Manos.

“Also, another group that emerged are people who we wouldn’t normally classify as outdoor workers…such as car salesmen, realtors, and interior decorators. They’re spending a little bit of time inside and outside throughout the day. They’re not working outdoors specifically, but they’re in and out of their cars, which can get really hot, and they’re in a hurry to get to their next place and don’t let their cars cool down, which can place them at risk.”

Despite the hazards of working under extreme heat conditions, there are limited federal rules requiring employers to protect outdoor workers from this increasing hazard. “Although OSHA [Occupational Safety and Health Administration] lets employers know that heat is a recognized hazard under the ‘general duty’ to protect workers under the OSHA Act, currently there is no federal heat stress standard for outdoor workers. OSHA has been relying on their social media campaign to persuade employers to provide workers with training, shade, rest and water under extreme heat events. While these efforts are helpful for conscientious employers, a stronger message may be necessary to prevent heat-related deaths,” says Dr. Cora Roelofs, Assistant Professor of Community Health at Tufts University. She notes that many workers facing extreme heat hazards also experience labor market vulnerabilities, such as being undocumented, receiving low wages, working piece-rate, or are simply desperate for work. These labor market vulnerabilities combine with climate change vulnerabilities to create greater impact from extreme heat conditions. “OSHA’s language to workers about water, rest and shade,” she says, “is unrealistic without policies requiring employers to protect their employees. What we need is the political will to make it happen.”

Given the risky and challenging outlook facing occupational workers during EHEs, the lack of occupational safety regulation presents an opportunity for action by federal agencies, employers, and public health organizations. “One positive thing that’s happening is that the public health and climate change worlds are more and more accepting when it comes to thinking about workers,” explained, Dr. Roelofs. “They’re recognizing social vulnerabilities, seeing affected workers, and developing more complex climate adaptation plans that take into account vulnerable workers.”

Already, states such as California and Washington have developed comprehensive Heat Stress Standards aimed at safeguarding outdoor workers during EHEs. “It’s my hope that more and more states will continue this trend,” notes Dr. Roelofs.

To bring attention to the dangers of extreme heat, the White House has declared May 23-May 27, 2016 as “Extreme Heat Week.” During this week, a number of federal agencies will discuss the activities they’re doing to prepare the nation for EHEs.

Additionally, the White House will be hosting a webinar during this week (May 26th), to discuss how community planners and public health officials can enhance community preparedness to extreme heat events, and draw attention to the vulnerable populations most adversely affected by extreme heat.

Hopefully, drawing national attention to EHEs through “Extreme Heat Week,” will help to bring about new change aimed at recognizing heat as a hazard. “However, as Dr. Roelofs notes, “What’s going to protect workers is their voice: Unions getting more involved, more worker advocacy at the work place, and then political change that recognizes the origin of all of this – that you can’t kill people to make a buck.”

You can learn more about what the White House is doing for Extreme Heat Week here. To learn how you can take personal care to prevent yourself from succumbing to extreme heat, please click on the links below: